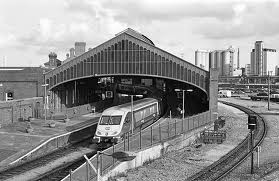 Iarnród Éireann have lodged major plans for a new entrance building and parking on the southern side of Kent Railway Station. It will mean traffic using the station will be able to enter and leave from Horgan’s Quay rather than the current entrance on the Lower Glanmire Road.The company has lodged a planning application with the city council for a new 310-square-metre entrance building complete with ticket vending machines, seating and public address system.

It will include an underground link that will connect up to the southern end of the existing pedestrian underpass at the station. The plans also include a new two-way road that will link Railway Street/Alfred Street to Horgan’s Quay to serve the new entrance building.

It would involve the partial demolition of the of the protected perimeter stone wall to form a new junction on Horgan’s Quay. The road would include new street lighting, footpaths, bus shelters and cycle parking. It is also planned to build a new 140-space pay and display car park and a set down area in front of the new building. 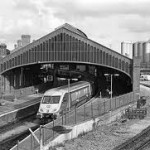 There have been long terms plans from both Irish Rail and the city council to improve the pedestrian and transport links between Kent Station and the city centre. The 205 bus service to University College Cork, the Cork University Hospital and CIT also connects with Kent Station along with the Airport shuttle bus.