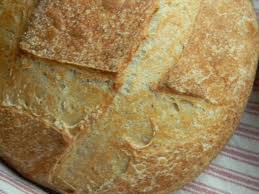 My father, a typical droll West Cork man came to the City with one of his brothers around the 1930s. They got a job fairly quickly on the trams, my father as a conductor and my uncle as a driver. They were happy enough at this job but the pay not being great, they decided that in their off time they would put some of the skills they had learned back in West Cork to good use. So they rented a shed out in Blackpool near the old distillery. They figured that this was the ideal location for their new project as the aroma from the distillery would be more than enough to cover up the sweet smell from their entrepreneurial effort. So they proceeded to make that famous and illicit West Cork brew “Poteen.” Business went very well for awhile and it showed a good profit. There was no publicity as such, only word of mouth from one satisfied customer to another.

People with Arthritis, or other pains and aches, the greyhound men, the harrier men, those with lame horses, and some others who didn’t need any excuse, all became regular customers. My father had a saying about Poteen;

“Throw away your oul’ pills,

It will cure all your ills,

Be you Protestant, Catholic, or Jew.”

Things went very well for about three months, however nothing lasts forever and a good friend and customer of his, a sergeant in the guards, tipped him off about a possible raid, and he flew the coop. In one night they cleared out the shed and sold off all the equipment to a farmer in the Sheehy Mountain area of West Cork. If the Gardaí ever did raid the shed they never bothered to find out.

He then gave up the trams and bought a horse and a covered in cart, and started his own country bread round. He sold bread, flour, groceries, the daily newspaper, and other household commodities. From the farmers he would buy butter and eggs or rabbits, and sell them to the city stores the following morning. Sometimes in Glanmire he would buy a Salmon which would have been poached in the nearby Glashaboy River. This would have been another thing the authorities would be interested in.

Of course he also brought all the gossip of the countryside, brought the news of births, marriages, and deaths. I remember one woman who loved to hear the misfortunes of others asked him: did he hear about so and so’s daughter and my father said;

This woman came back with;

“And that’s not all Mr. Mac, did you know, she’s expecting a baby as well. May God forgive her, her people must be mortified.”

At that time people didn’t have a lot of money and some found it very hard to pay for their weekly necessities. Again deals were made, and payments for his services were often made in kind. I remember when he arrived home with a calf, another time two Bonham’s, a pair of kid goats, four ducklings, a brace of pheasants. These are only some of the things that ended up in our home on Quaker Road. All these were payment in kind for services rendered. He being a man from the west, and as far as he was concerned, the odd trade in barter was fine.

Anyway to get to the sting in the tail; this particular woman who’s husband worked in the city for Cork Corporation had run up a fairly big bill with him. Her husband, poor man, cycled the eight miles to and from the city each day. Now at that time £15.oo would be considered a big bill and when she approached my father to get her weekly groceries he asked her about paying something off the outstanding bill. She started a whole rigmarole about first Holy Communion and Confirmation clothes and finished with;

“Mr Mac I’m sorry I haven’t any money for you this week, but next week Mick will be drawing his holiday pay and Mr. Mac I promise, you will be the first in line.”

And he gave her another £3.oo worth of groceries on credit. She went back in home praising the Lord, and drawing down the blessings of all the Angels and saints in Heaven on my father. My father, who was in his own way a very religious man, I’m sure would much rather if she had given him a few bob off her bill.

On the next night he called as the horse stopped outside her door, she was out like a shot rubbing the tears from her eyes with her apron, she exclaimed.

“My God Bridie what happened Mick? Was he hit by a car or a truck? Was he hurt? Did he fall off his bike, or what?”

This was the time the steam trains used to run from Cork to Cobh and Youghal, and from the station they would run over the bridge that crossed the main road, and then run parallel with the Lower Glanmire Road.

“Oh Mr.Mac! Thank God and all his angels and saints he’s O.K., but he had a very narrow escape coming down the Lower Road and under the Railway Bridge on his way home. Oh! The poor, poor man. Well Mr. Mac, As Mick was going under the bridge on his bike; the train was going over the bridge on its way to Cobh or Youghal. Just at that moment the fireman happened to be stoking the fire, and low and behold didn’t a spark fly from the engine into Mick’s pocket and burn his wages inside. But thank God Mr. Mac he wasn’t hurt himself. Only for the grace of God Mr. Mac I’d be a widow right now.”

“So Mr. Mac if I could just have two pair of bread, a pound of butter, half pound of tea and a dozen eggs I’ll clear the lot next week.”

I think my father felt that for entertainment value alone she was worth the risk until next week.

Cranking up the Motor